“Justice is never easy, but universal jurisdiction is here to stay” 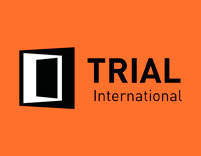 The reason behind universal jurisdiction’s success is unquestionably the commitment of victims seeking justice beyond their countries’ boundaries. This is itself connected to better information on international criminal law and its mechanisms, the dissemination of clauses like aut dedere aut iudicare* in treaties and the professional work of independent judges and prosecutors.

Universal jurisdiction has known its ups and downs. Many commentators and scholars feared it would disappear after two of the most active countries in this field, Spain and Belgium, backpedaled on their power to prosecute international criminals. But it has proved it is here to stay. The proliferation of new cases in Africa and South America is an encouraging sign for the future.

Victims are the driving force behind universal jurisdiction

On 30 May 2016, I attended the public reading of Habré’s judgment in Dakar (Senegal) together with Judge Baltasar Garzón**. At the end of the reading, all victims remained quiet and respectfully waited until the magistrates left the courtroom. But as soon as they were gone, they started crying, laughing, screaming and dancing. Some of them approached Judge Garzón to share their happiness, saying “Thank you. Everything started with the Pinochet case, it inspired us”.

This demonstrates the power of universal jurisdiction, how it can help to spread the word of justice and inspire people to fight against impunity themselves. Victims of international crimes are certainly universal victims.

Justice is never an easy thing. There are obstacles even to the prosecution of ordinary crimes, like corruption or the lack of judicial independence and impartiality. Universal jurisdiction logically multiplies these difficulties. Economic, political or diplomatic pressure might discourage countries to enact universal jurisdiction fully. However, these problems are those of the judiciary in general, and they have the same solutions: strong institutions, the rule of law and a sincere commitment to justice.

* Aut dedere aut iudicare, or “either extradite or prosecute”, reflects the obligation of States to either punish alleged criminals themselves or delegate that obligation to another State by extraditing said criminal.

** Juge Garzón was the investigating judge who issued the arrest warrant against Augusto Pinochet in 1998, widely considered to be a founding case for universal jurisdiction.

Manuel Vergara is the Director of the Legal Department of International Foundation Baltasar Garzón (FIBGAR). A qualified lawyer, he has worked as a consultant for the UN Office of the High Commissioner for Human Rights in Phnom Penh (Cambodia) and for the International Labor Organization in Jakarta (Indonesia). He currently lectures in Criminal Law at the IE University in Spain. For the last three years, Manuel Vergara has been in charge of the drafting, release, promotion and dissemination of the Madrid-Buenos Aires Principles on Universal Jurisdiction.

FIBGAR is behind the case opened against Boko Haram in the Spanish National Court (Audiencia Nacional). Nevertheless, it has not experienced any remarkable development this last year.